We remain hard at work on Grimguard Tactics: End of Legends, bringing you new Heroes, new Villains, and new stories. This is our biggest update yet, and with it, the game is now available for softlaunch in our existing territories of Singapore, Australia, and New Zealand.

Our aim is to make the best turn-based tactics game for mobile devices, and we're glad you're onboard. Keep reading to find out what we've been working on. 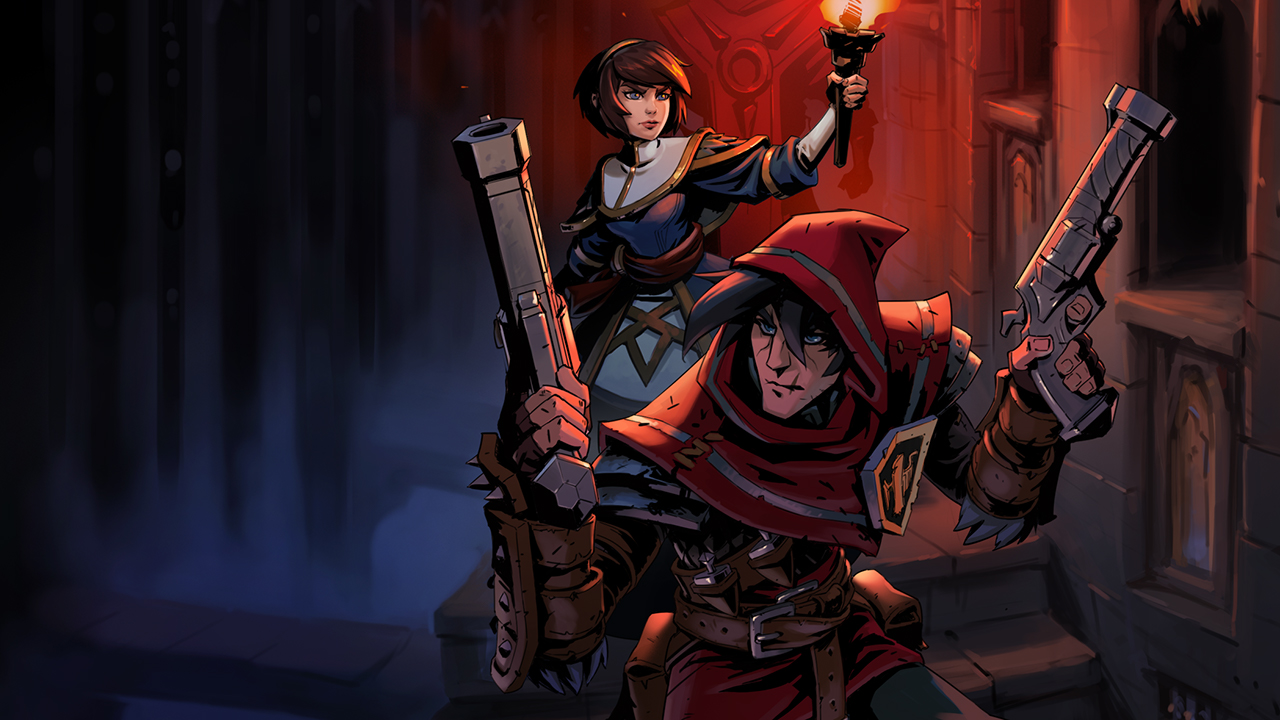 It is said that once in the aftermath of battle, Death himself plucked a child from the cooling womb of his mother. The first of the Mercenaries. Since that day, victims of war, upon finding themselves with nothing left, have often found their way into this profession. Ruthless and cold, the Mercenary will do whatever you need... For a price, of course.

Originally from Vordland, but found wandering all the lands of Terenos, the Mercenary is an Assault class who can take a hit and packs a huge punch. 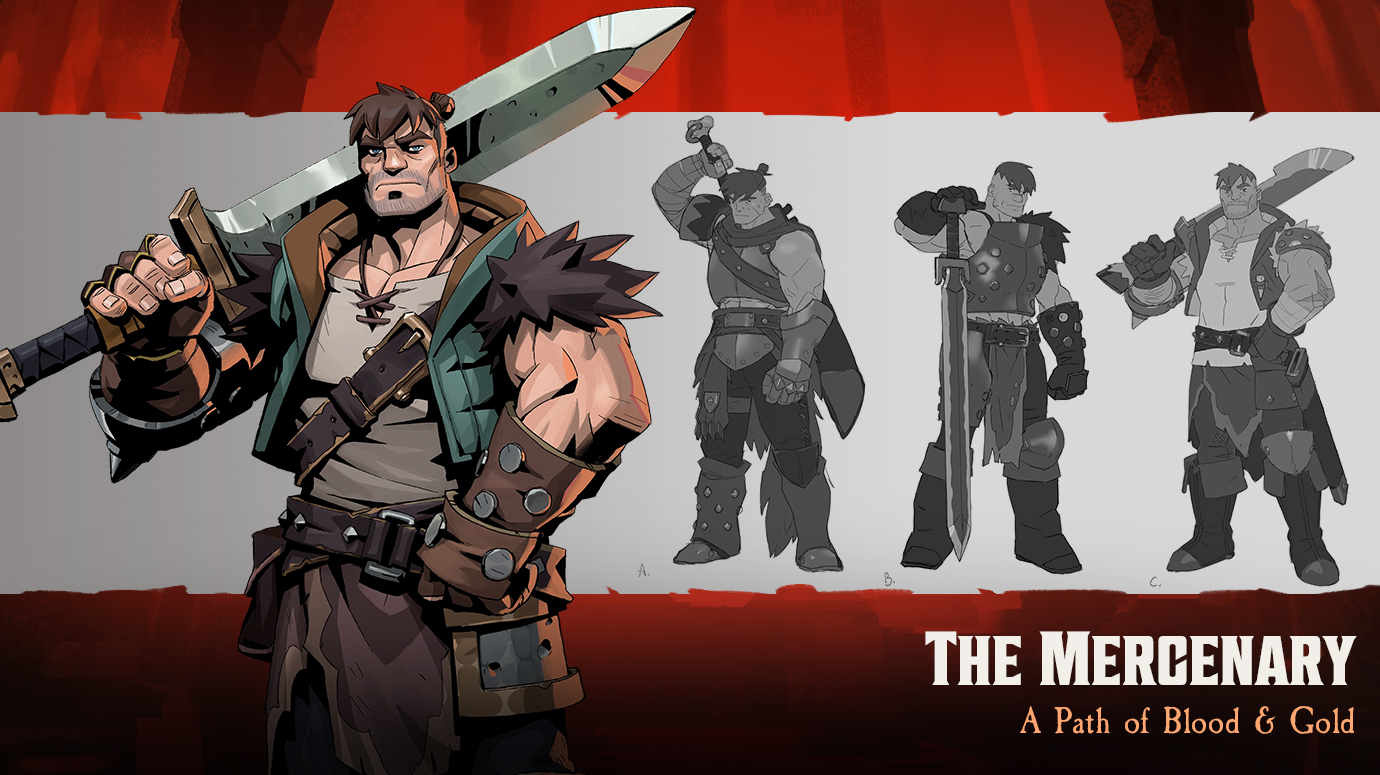 A hulking mass of flesh stitched and stretched over a blazing inferno, Shamblers were once human rulers and leaders of Terenos, but Primorva have corrupted and changed them into terrifying monsters. No trace of their former self remains, so putting an end to their torment would be mercy.

The Shambler is an intimidating new boss, four times the size of a regular enemy and packed with offensive abilities. The Shambler can emit a heatwave and stomp the ground to make dangerous magma burst from below. 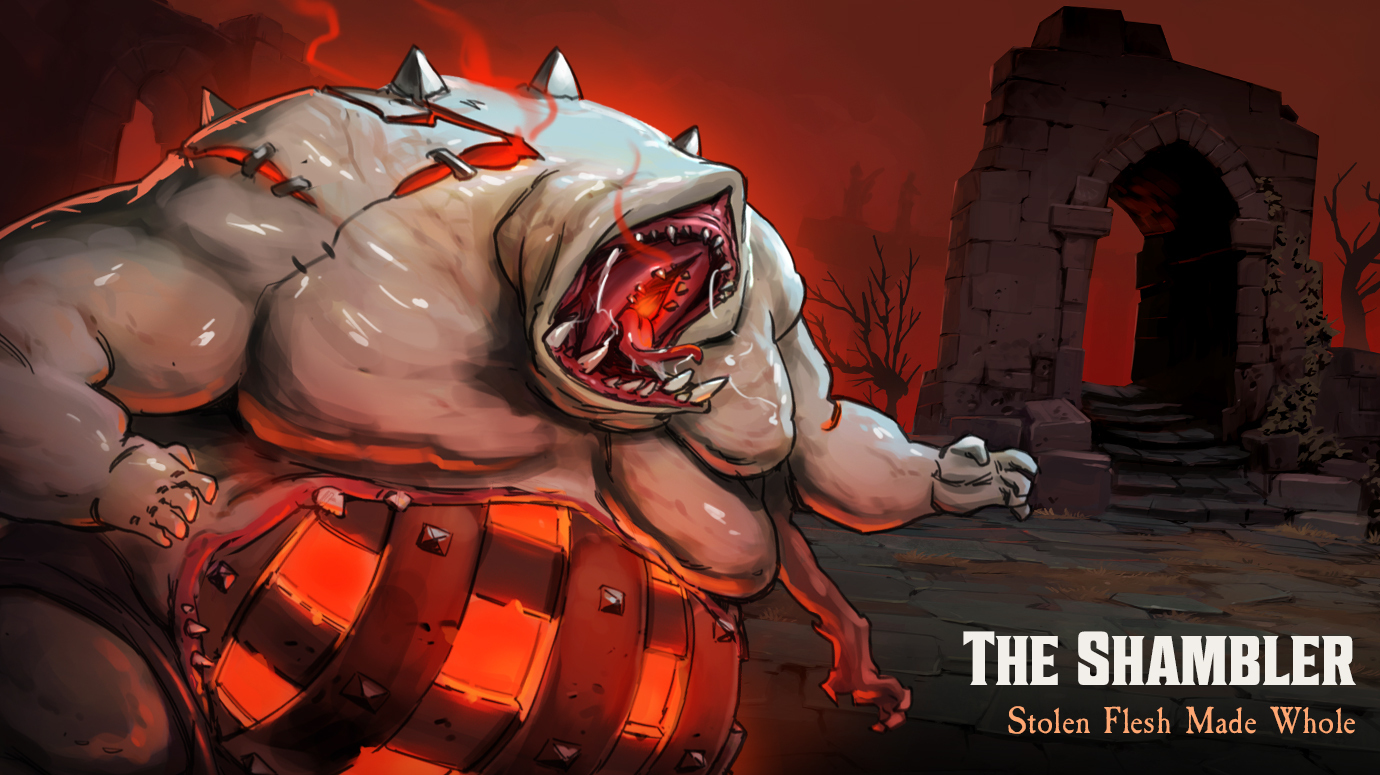 Rumors spread on whispered tongues of a refuge – of Holdfast, the once great capital of the Vordlands, standing strong against such unholy invaders. Those high walls and towering structures – a home to the wild souls that dared defend the waning gift of mortal life.

We've spent months working on new cutscenes to tell the story of Grimguard. We have a new opening cinematic that introduces the story of the fall of the Dawnseekers and the rise of the corrupting Primorva. The story is woven through the game through cutscenes and dialogue, along with snippets of lore found in mission descriptions, items, and unlockable hero books.